I had a few hours to kill before picking up Noah from a shop in Langley, so J decided to bring me along for some mountain / lake 20 minutes away.

A few weeks ago he put in an ARB Old Man Emu lift kit and front bumper. The upgraded 4Runner haven’t been on gravel until this semi-impromptu trip. 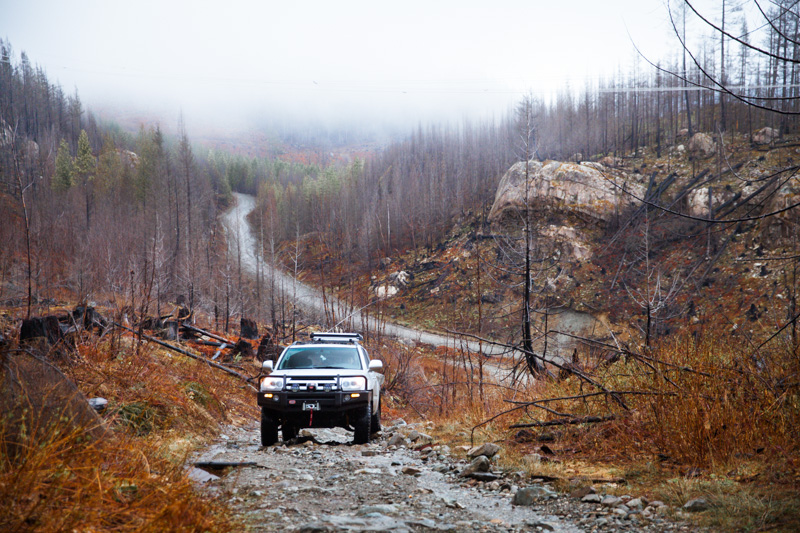 We went to Harrison Lake area – the same FSR to Hale Creek.

“Actually,” J slowed down at an upward trailhead, “let’s check out V-Rock.” 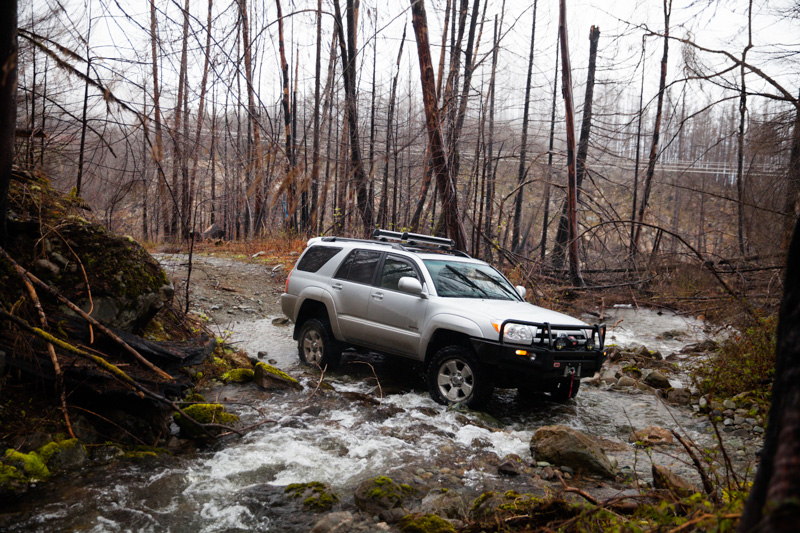 It was cloudy rainy day. Holding a DSLR squeezing through mossy trees and slippery rocks, my way of “spotting” was for a good photo composition… 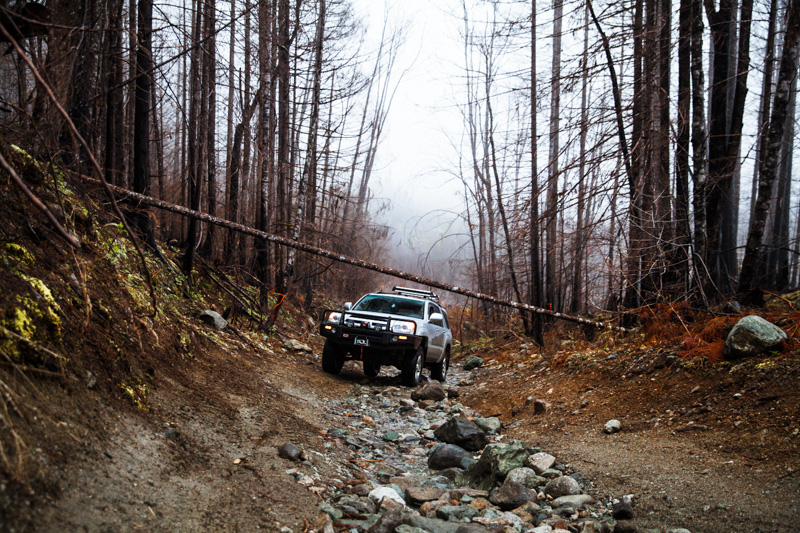 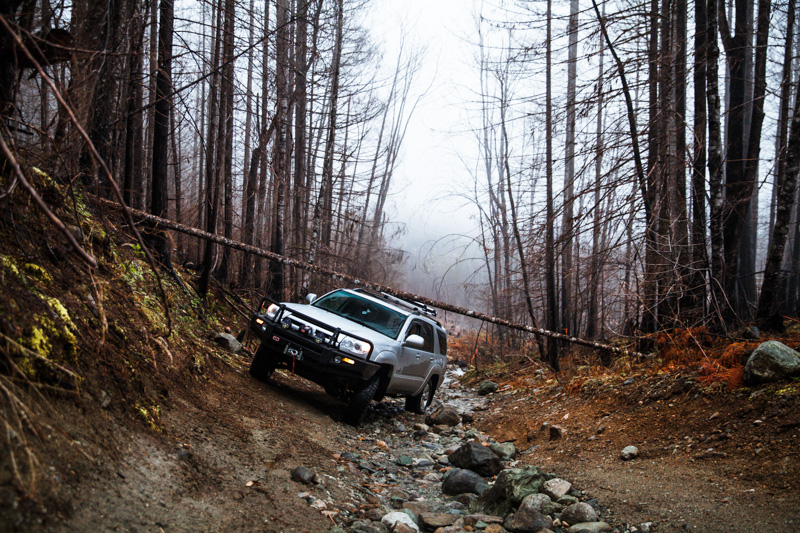 They always say how the trails are very dynamic or ever-changing due to varies weather conditions. In front of this new fallen tree, we were just a ski rail too tall. 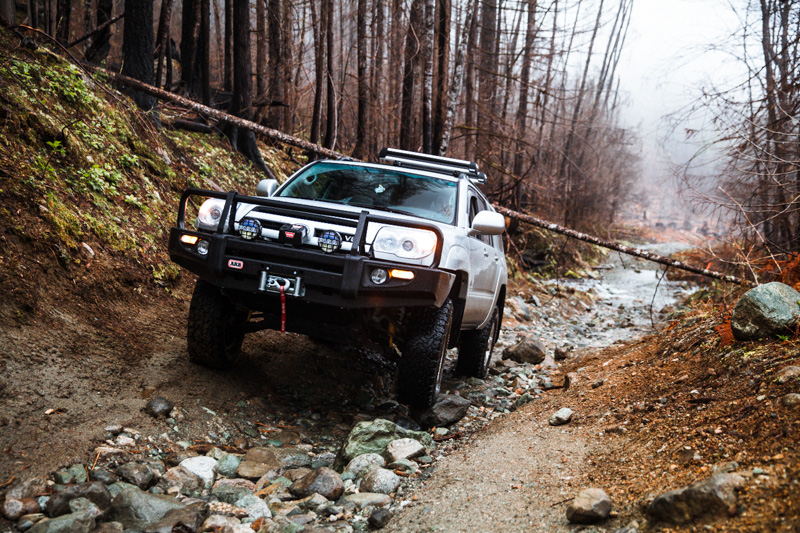 Maybe next time we should bring a saw to “clean up” obstacles, instead of getting out of the car to lift the tree up. 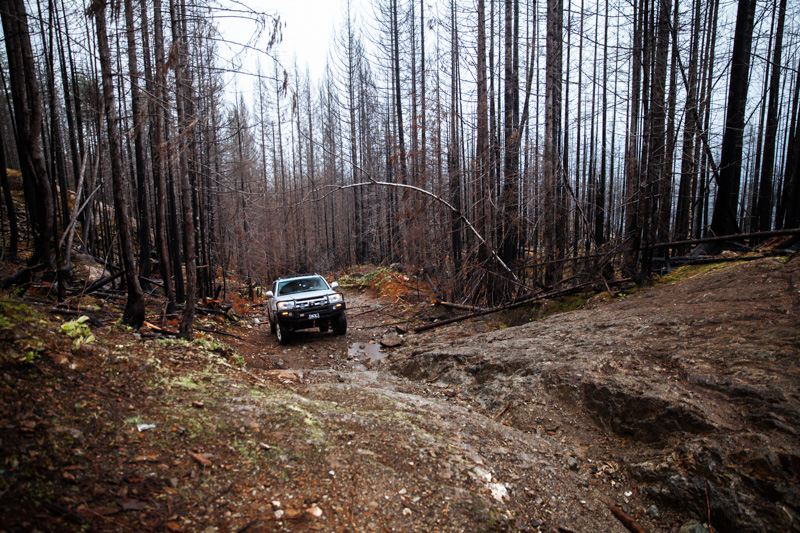 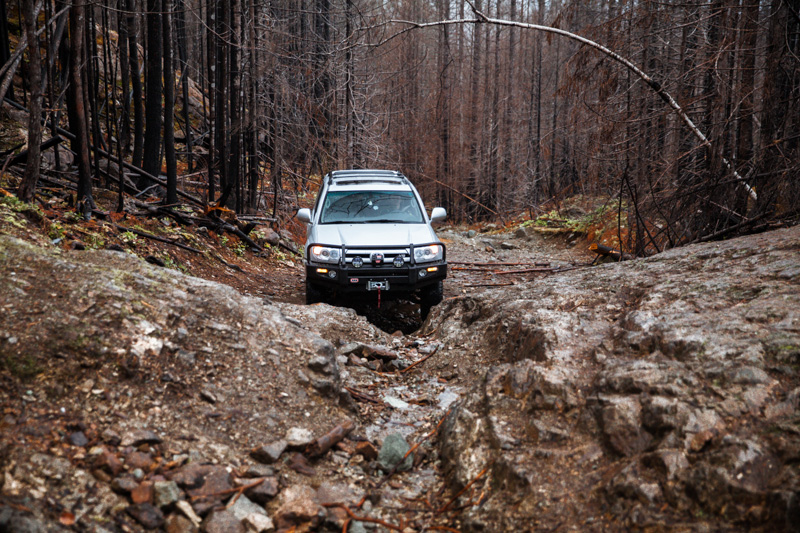 So here we were, about to conquer this V-shaped rock.

J has done this trail before lifting the truck. He didn’t say much other than “should be fine”. So I assumed he was at least 99% confident… 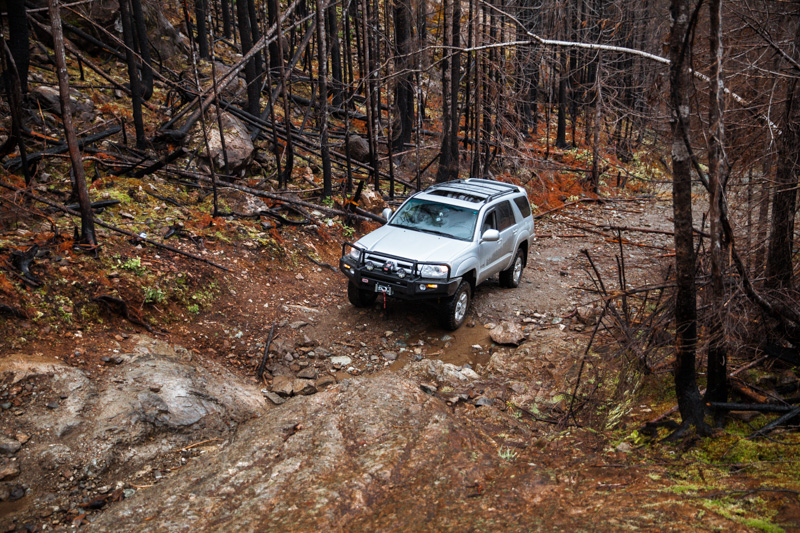 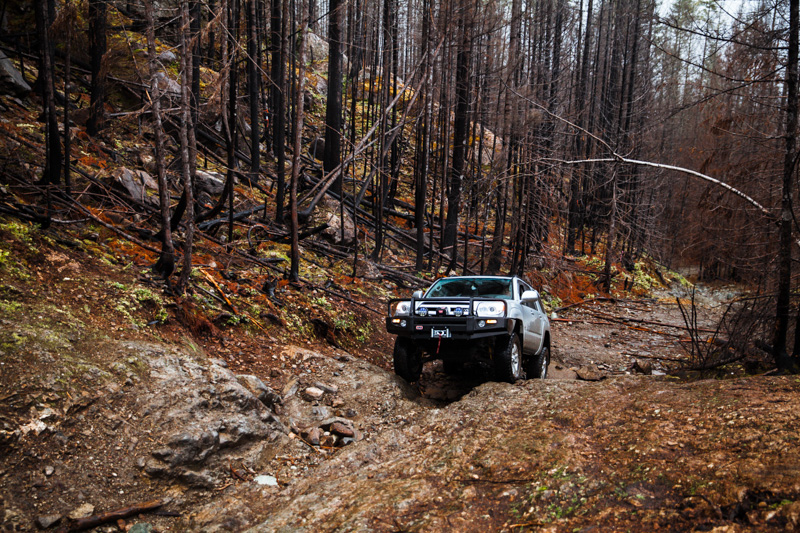 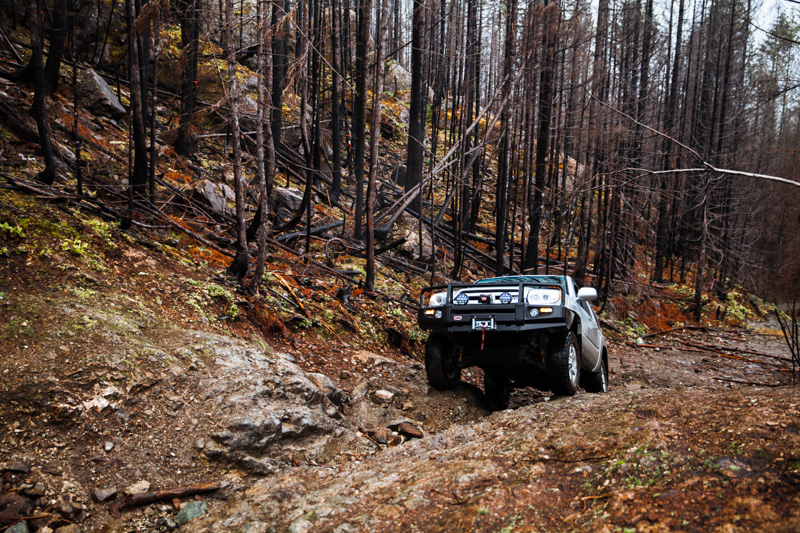 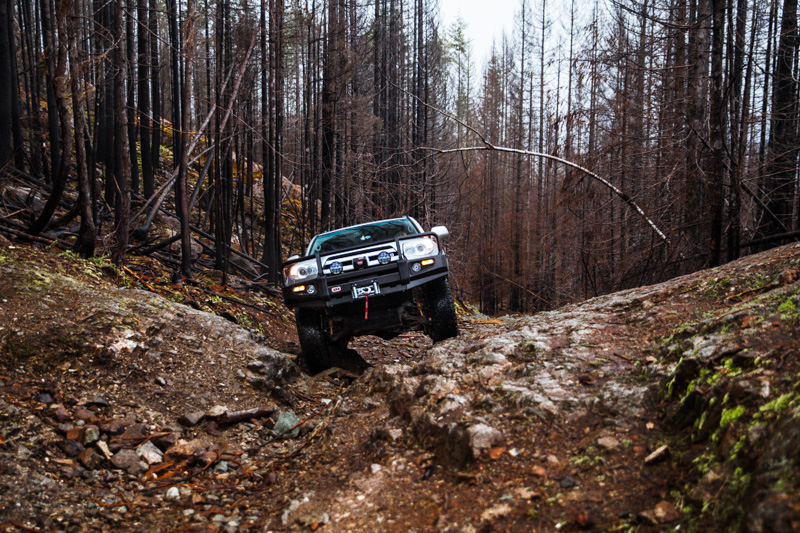 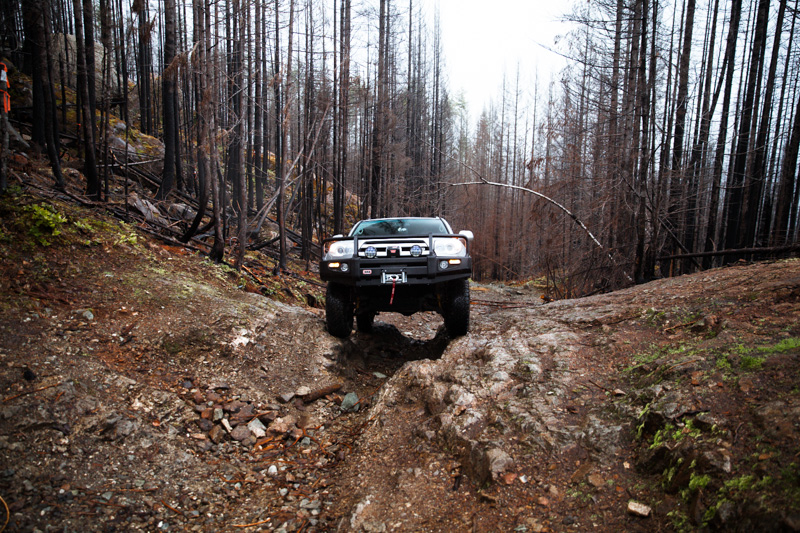 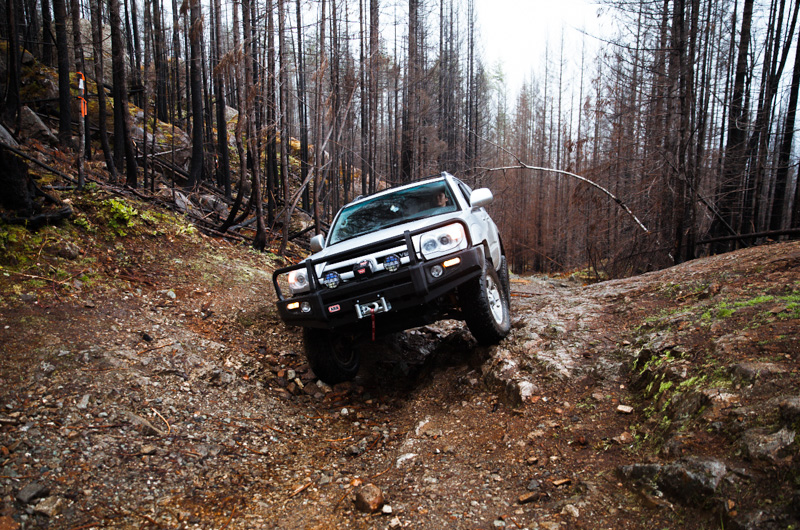 …until later he said “oh I actually didn’t know we could make it.”

“What did I throw myself into” was my reaction… This kid was too adventurous. But on the flip side, had we not tried, we wouldn’t get the reward on top of the trail or the thrill along the journey. 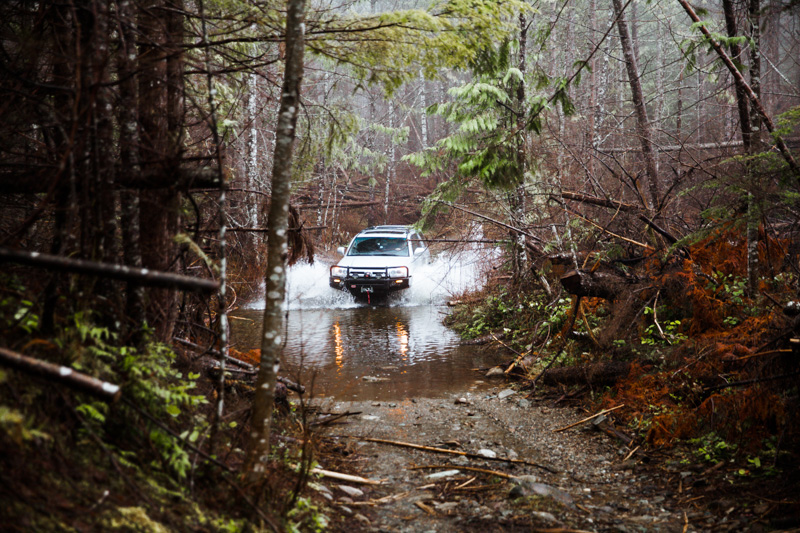 The way out was harder, and I was a terrible spotter (although J said I did fine, maybe just out of encouragement). 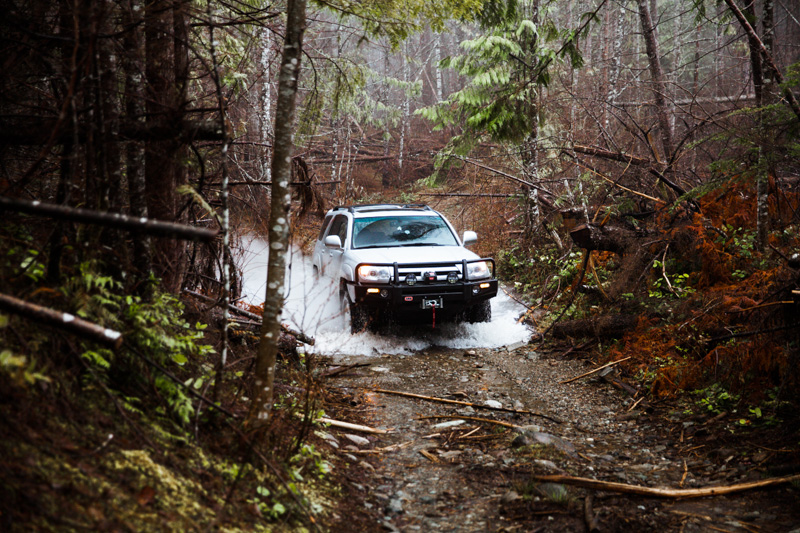 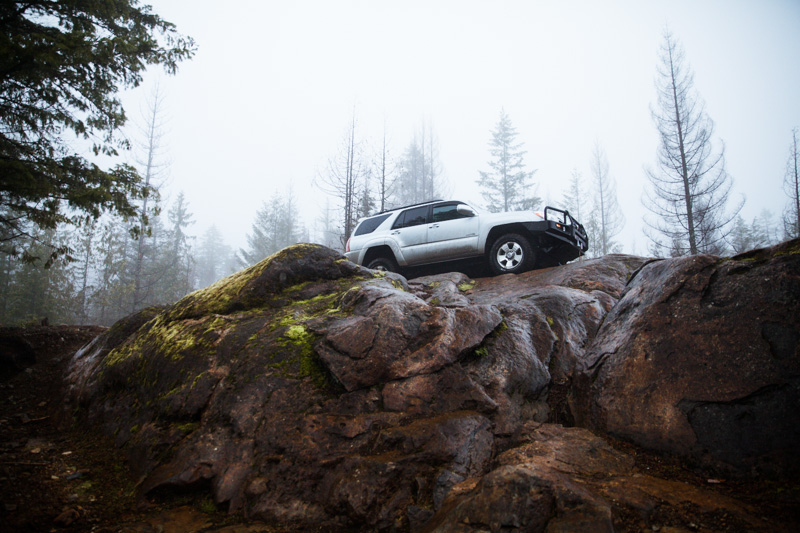 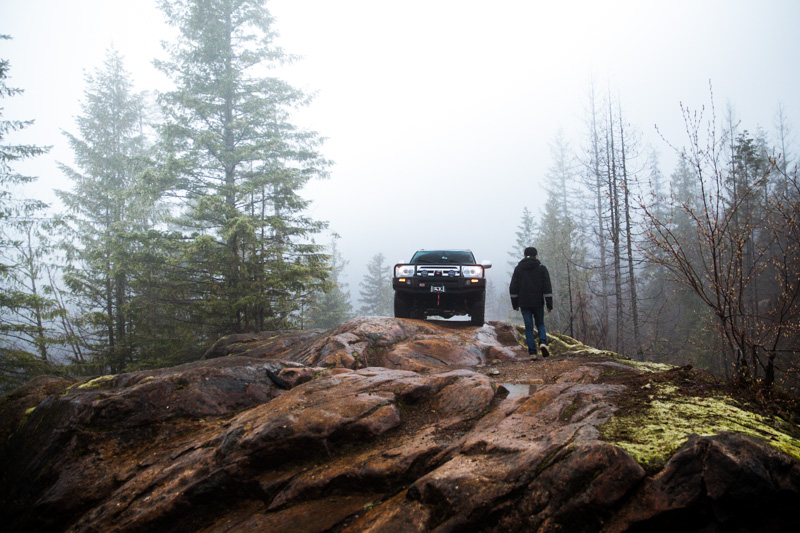 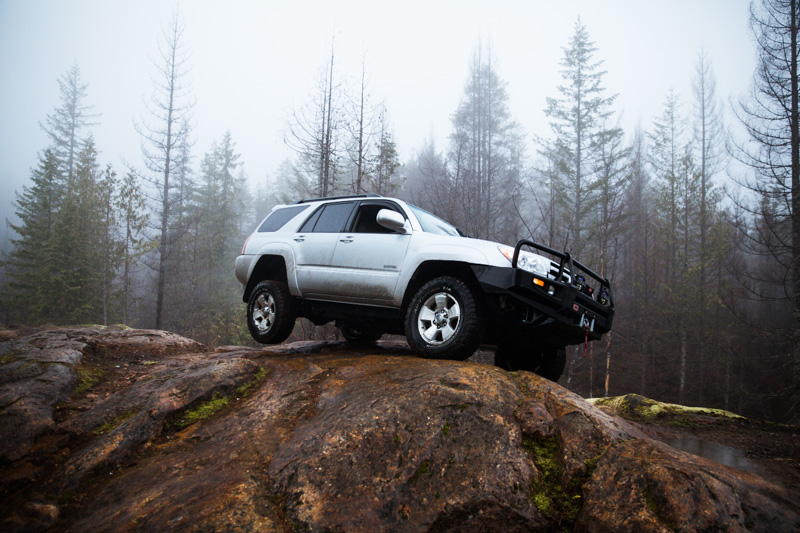 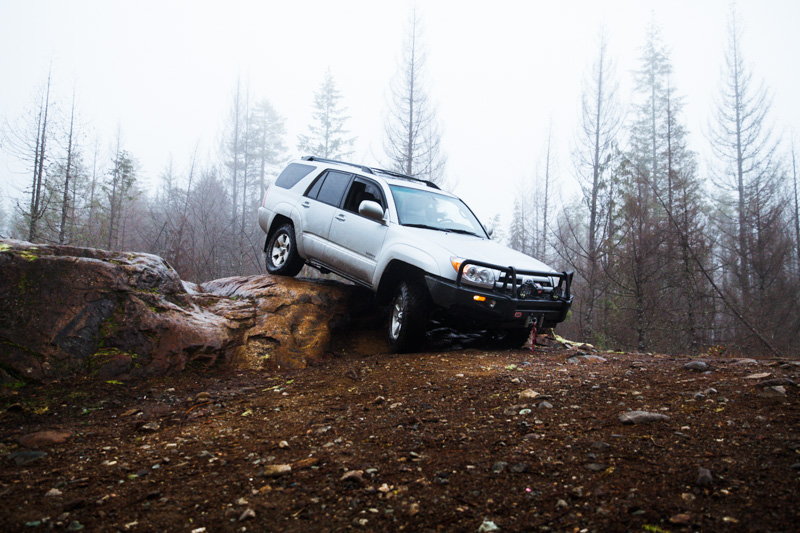 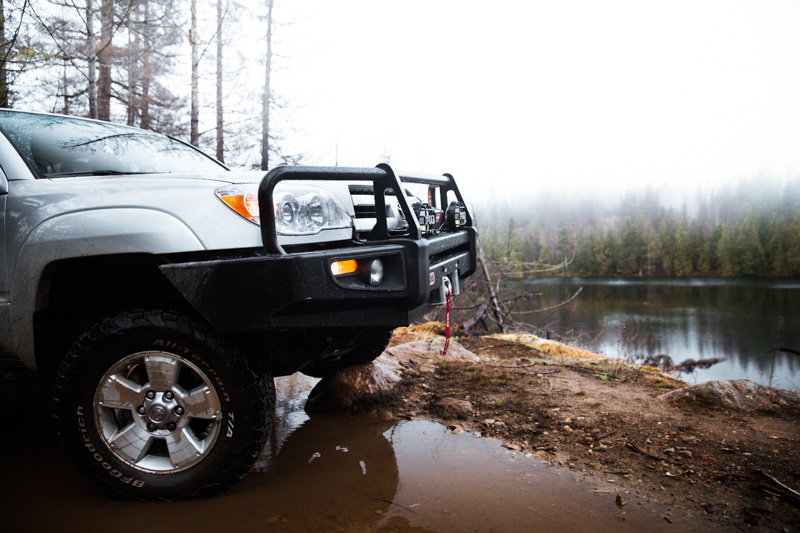 There was a small camp spot on the top of the trail overlooking a peaceful lake. The area was dreamily foggy when we climbed up, allowing us to soak in a moment of serenity as it fades out.

Time to head back to civilization…