It was Friday afternoon. You know, the awkward few hours when nobody is in the mood of grinding hard work.

As the boys were wrapping up their work for phase 1 warehouse moving, a long drag of signature JDM exhaust sound caught my attention – one of the coworkers drove his car into the warehouse.

I quickly finished the task on hand and grabbed my camera. It would be a good opportunity to try out my new Sony A7 iii. 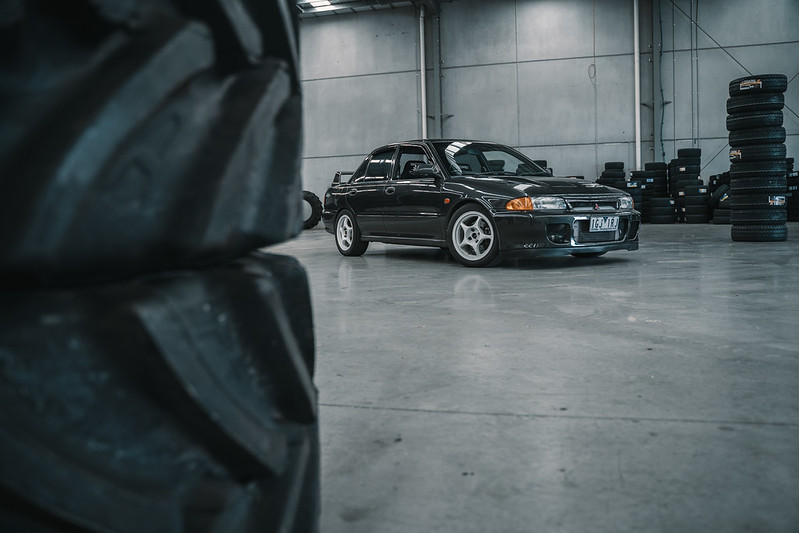 I’ve heard some rumours about the unofficial tuner circle within the company. Peng Tan is obviously one of them. In fact, he is no new face in the local JDM community. His first car was a Honda ED6 CRX Si with a JDM B16A DOHC VTEC engine. Later he swapped a Integra B18C to one of his two EGs, and a D15B7 turbo upgrade on the other. He may have also caught the wagon fever when he took ownership of the “Skyline wagon” – Nissan Stagea series 1, and the 8th gen Mitsubishi Legnum VR-4. 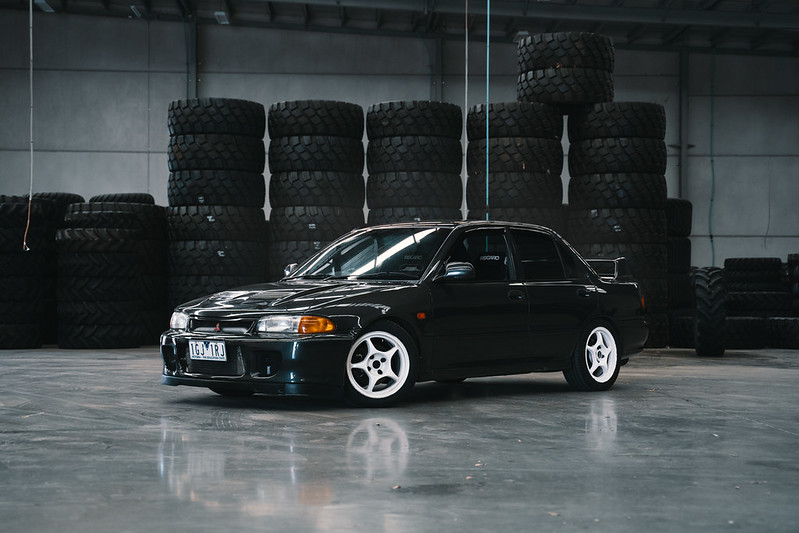 In front of me was a Mitsubishi I have never seen back home. Evolutions didn’t enter North American market until its eighth generation. Unfortunately, the previous Japanese-spec EVOs are also often overlooked by our Canadian importers. Our market was more hyped about Toyotas and Nissans. 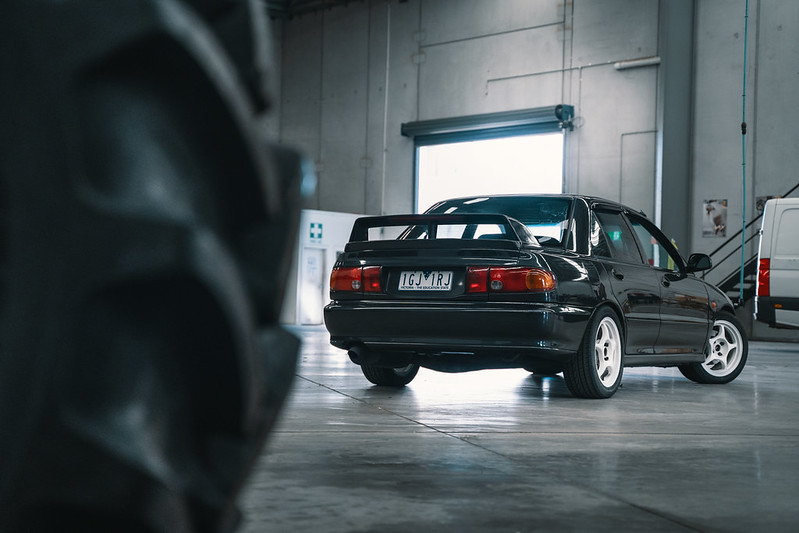 Standing here behind my camera, I thought my week was going to end with this epic EVO 2 encounter. But wait, there’s a catch!

Can you guess that it is actually a Lancer CC GSR? And can you tell that it also a EVO 3? 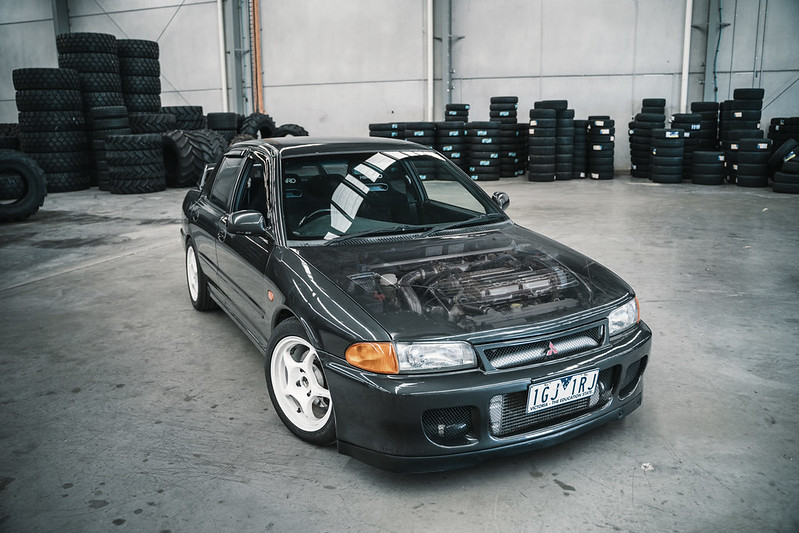 When Peng first got the car, it already had the look of a EVO 2’s front end. Under the hood was a turbo upgrade with its original 1.8L 4G93 engine, pushing at 270 horsepower, or 203.8 kw to be exact. They use a different unit here in Australia.

“I was still hungry for power,” said Peng, “so I had a sit-down talk with my mechanics about the best way to gain power.”

After 12 months sourcing the rest of EVO 2 and 3 body parts, 2 years of ownership had officially turned Peng’s Lancer into a Mitsubishi Evolution. 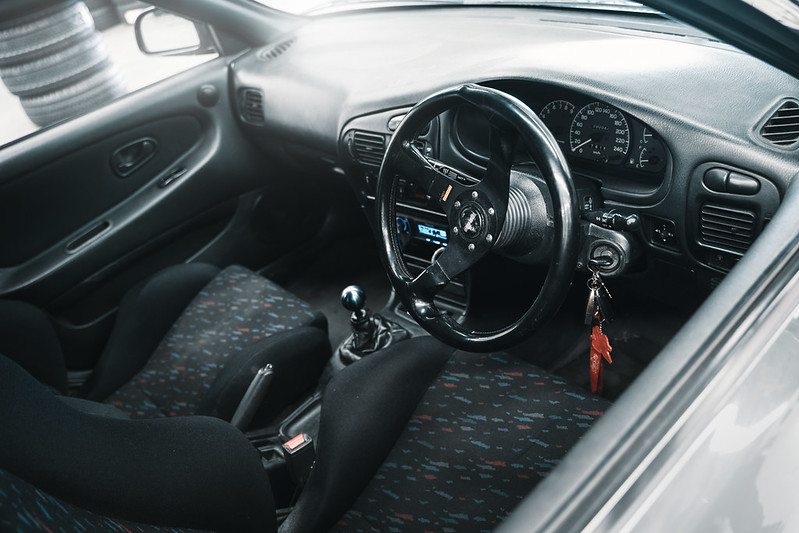 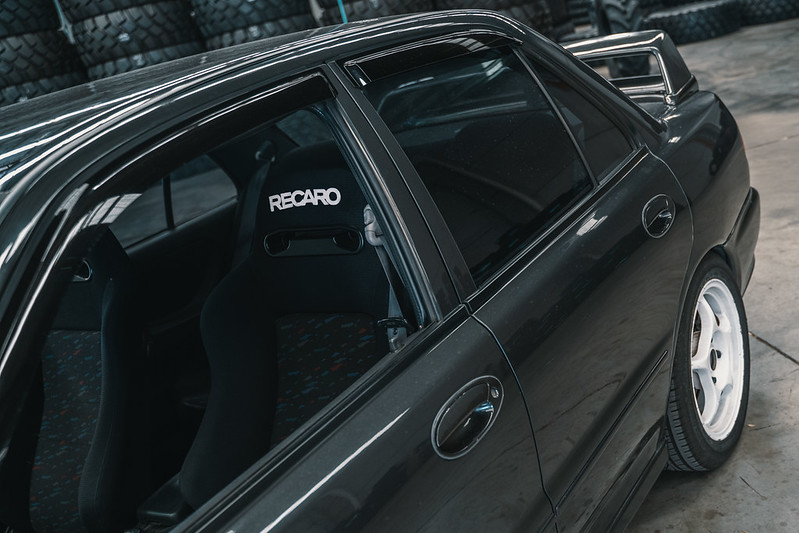 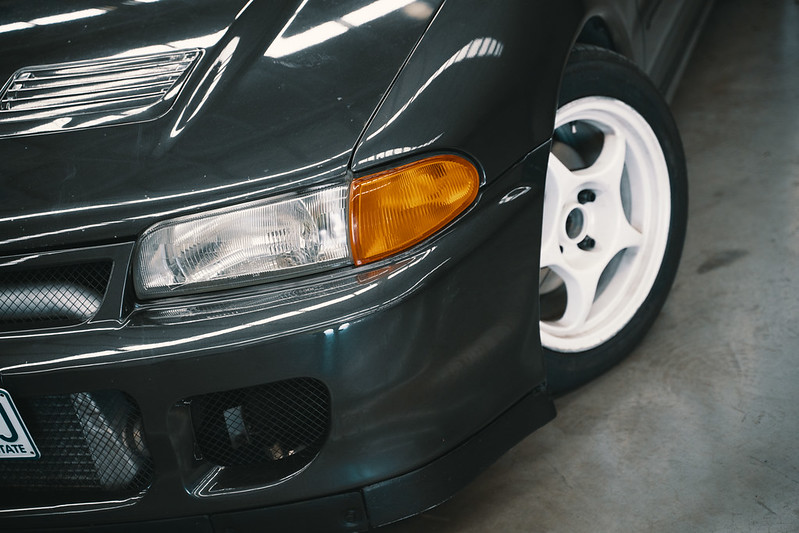 The interior is kept fairly clean as a daily driver. Rear seats has been modified to fit a set of Recaro SR3 confetti in the front.

To complete the look, inspired by the original OZ Racing 5-spoke, Peng’s option for rims naturally leaned towards these white Enkei RP01. 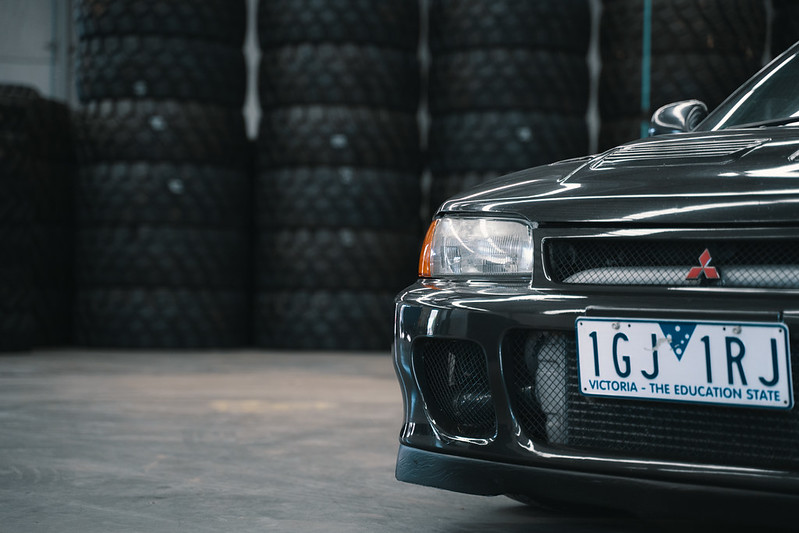 Just like any cars in the 90s, these old souls are getting rarer by day. It is no doubt that a ride like this often break the attention from any crowd and lead to series of questions. I am simply glad to know this build during my stay down under, and having the opportunity of seeing it through daily commute. 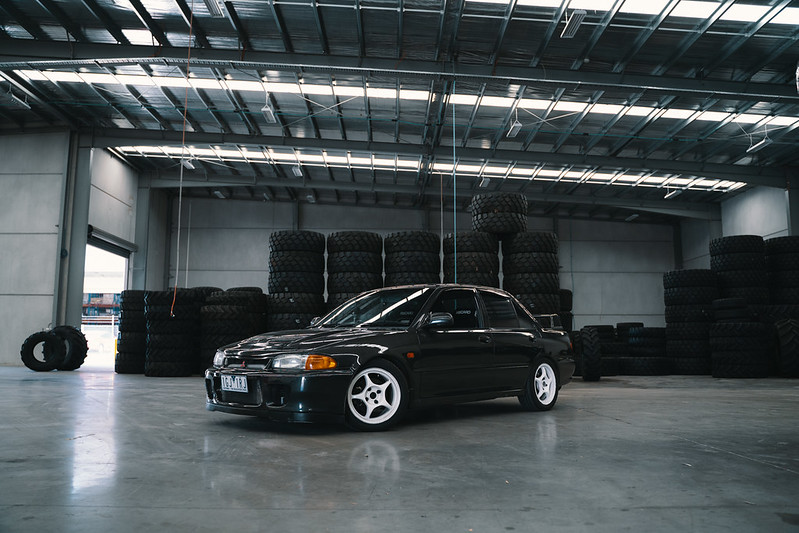 As for what to expect from Peng in the future, he has a Toyota Chaser JZX100 series 2 on the list. Or maybe we will see a EVO 6 Tommi Makinen Edition….?